AFTER HALF A CENTURY STILL A FANTASTIC FUTURE' 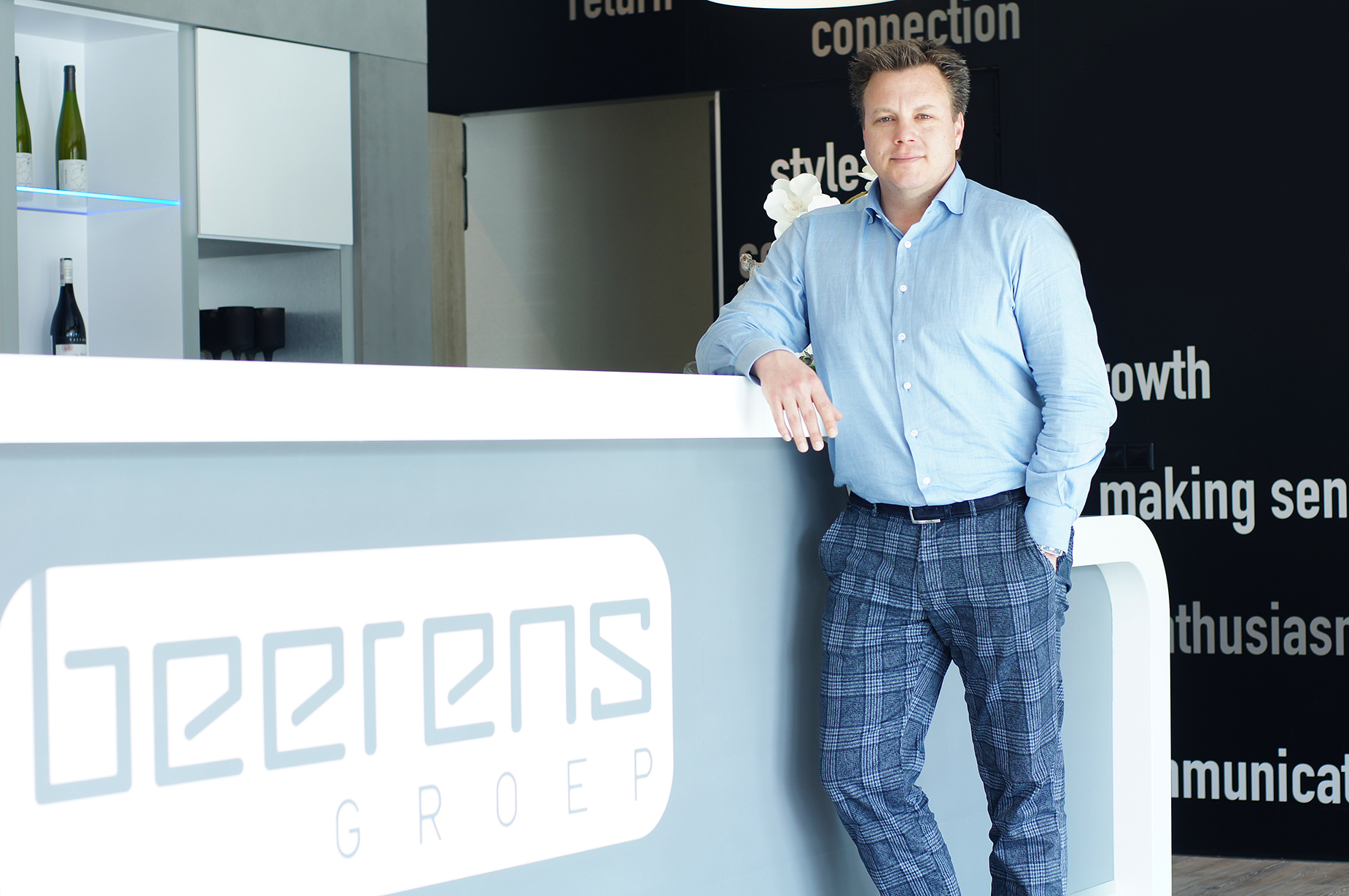 My father started the business over 50 years ago. He started as a sole contractor and thus began the history of Beerens Group. In the early phase, the activities were limited to selling and installing shelving and shopping trolleys for supermarkets, etc..
All based in his first office in Breda (read: living room). In the early 1970s, the business moved to its first real business premises with a warehouse in Oosterhout. This was the period in which the first employees joined: his brother Toon at the office, his brother Jan as truck driver, a warehouse employee and a technician. So, from day one it was a real family firm.

First relocation
In the mid 1980s, they moved to new premises in Dongen. Meanwhile, we also started limited wood productions (the establishment of Beerens Interieurbouw), such as desks, etc. This required a bigger building to accommodate the production facility. In that period, Beerens Winkelinterieurs had around 25 employees, including my mother and aunts in support positions like reception and administration. Through my father's enormous drive, the business steadily grew. In 1991, it was decided to build new 7,000 m2 premises in Rijen. In 1993, the building was opened in festive style, in combination (coincidence or not) with our 25th anniversary.

Expansion
Our head office is still based in the same building in Rijen. Over the years, however, we have expanded into 21,000 m2 premises with an office, warehouse and production hall. Between 1995 and 2000, several companies were acquired, including a fellow interior building company in the charming town of Goes in Zeeland. This acquisition eventually resulted in the establishment of Beerens Interieurs. Today, in 2022, the Beerens Group has over 120 excellent colleagues working from the 2 sites in Rijen, Goes and in the Amels shipyard in Vlissingen, where we also have a local office. For our 50th anniversary, we gifted ourselves brand-new machinery, which has since already been expanded.

For the future, I see huge opportunities for our company. Over the years, we have been able to broaden our scope tremendously in the interior design sector, partly thanks to our office in Goes. Having started as a shop outfitter for the big Retail chains on the European market, we have become a specialist in luxury customised interiors, turnkey office interiors and luxury yacht wood panelling. That is where our strength and opportunities lie: diversification and the desire to internationalise. Our willingness to expand our scope and optimally support our client are how we distinguish ourselves from the grey mass and history has proved to be the basis for an amazing future.

READ THE CORPORATE INTERVIEW WITH JEROEN BEERENS
READ OUR VISION